The session book is available in two formats PDF and ABC.

With the PDF version you can read it with Abobe Acrobat Reader on any system just like you would read any PDF document.

The ABC format is much more versatile. With an ABC Viewer and Player you can read the sheet music and also have your phone play the tune back for you to hear the rhythm and melody, or play along with it for practice. You can slow it down or speed it up and even transpose the music with a few clicks.To use the ABC version of the Session Book first install an ABC Reader/Player then download the ABC Session Book.

For Android Phone or Tablet: 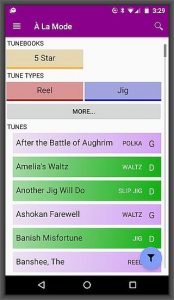 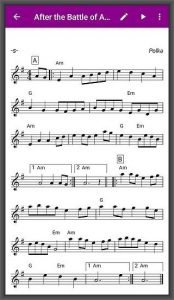 For Apple iPhone or Tablet:

TUNEBOOK
I have not tried this one but it looks good.

ABCEXPLORER (France)
This is the desktop version that I used to create the Session Book.
Has lots of features and easier ABC input than using a phone or tablet